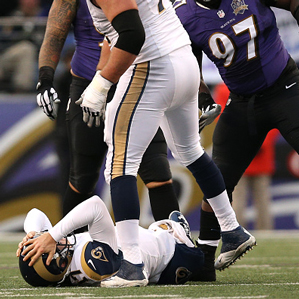 Does playing football cause permanent brain damage? If it wasn’t already, that question is now squarely in the zeitgeist thanks to Hollywood and Will Smith.

The answer is not so straightforward, however. We are likely to learn a lot more about the subject in 2016 because so many labs are focused on concussion research right now. But scientists are only beginning to understand the details of how concussions—also a serious problem in the military—damage the brain. A better grasp of those details will help doctors get better at treating such injuries.

St. Louis Rams quarterback Case Keenum after taking a hard hit to the head during a game in November.