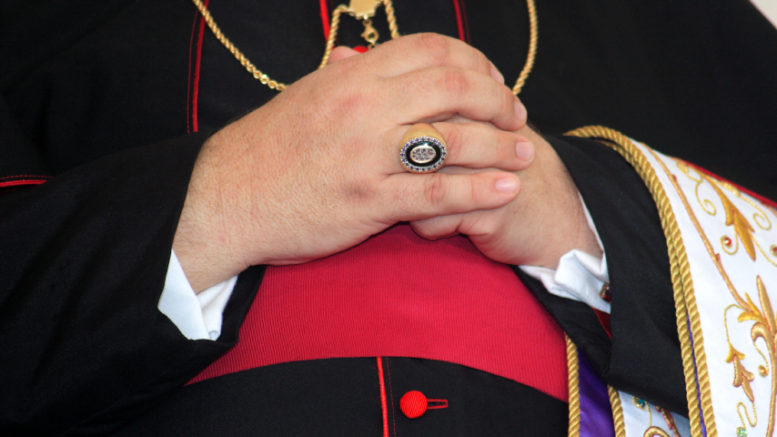 VATICAN CITY (CNS) — A new hospice center in Oklahoma for the dying not only helps give terminally ill patients the strength to pass through their final moments with dignity but also sends out a message to the faithful that it’s OK to die, an American bishop said.

“Just because you’re dying doesn’t mean there’s no reason to hope; it’s just the opposite. Christ has changed the meaning of death to the entrance into life,” said Bishop Edward J. Slattery of Tulsa.

“What makes it valuable is that it sends out messages to the entire diocese that it’s OK to die. We are all going to die,” he said, and people need to “stop pretending” that they won’t.

“We want more and more people to come and actually be with dying people and to feel at home with them and the few relatives they may have and try to show them that what’s awaiting them is heaven, to be in the company of God for all eternity,” the bishop told reporters at the Vatican.

Bishop Slattery, who was in Rome to attend the episcopal ordination of Archbishop Peter B. Wells, a Tulsa native, spoke with journalists March 21 about the construction of the “Porta Caeli House,” a 12-bedroom facility that will care for terminally ill patients in their final moments.

Psychiatrist Elisabeth Kübler-Ross wrote the book On Death And Dying