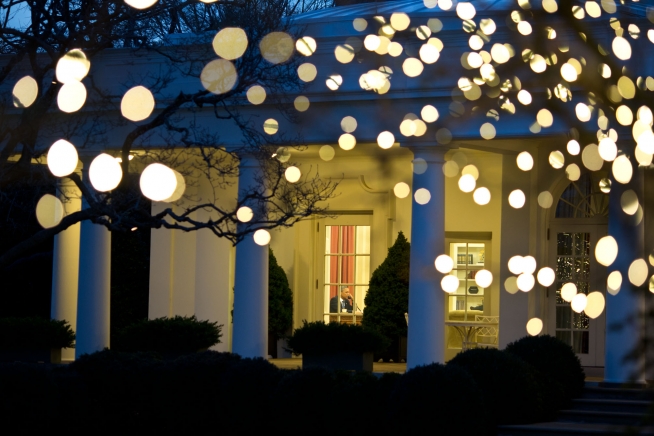 Within less than 48 hours from winning the Presidential Election, President-Elect Donald J. Trump meets with current President Barack Obama at the White House. Both committed to ensuring a smooth transition for the county.

“My No. 1 priority in the next two months is to try to facilitate a transition that ensures our President-elect is successful,” Obama said.

Trump thanked Obama for the meeting which he said had originally been scheduled for 10 minutes and went on for 90.

“Mr. President, it was a great honor being with you and I look forward to being with you many, many more times,” Trump said
The President-elect also said he would seek “counsel” from Obama.

Ensuring the smooth transition of presidential power has been a democratic hallmark of the United States for more than 200 years.

In 2015, Congress reinforced the importance of transition planning with the passage of the Presidential Transitions Improvements Act of 2015, which was signed into law in May of 2016. This new law built on the reforms of the Pre-Election Presidential Transition Act of 2010, which provided major party candidates with office space and services immediately following party nomination to ensure continuity of government and to protect the institutions of the United States. 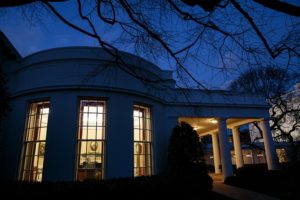 The Presidential Transitions Improvements Act of 2015 established the White House Transition Coordinating Council and an Agency Transitions Director Council. These councils facilitate information sharing between candidates and agencies, provide guidance to federal agencies to prepare for a smooth transition of power, and create an integrated strategy for addressing interagency responsibilities. This Council is co-chaired by the Federal Transition Coordinator at the General Services Administration (GSA) and the Deputy Director for Management at the Office of Management and Budget (OMB), and comprised of senior career officials from 21 agencies, to manage day-to-day agency transition activities. In addition, each agency designates a senior career executive to oversee transition activities, and identifies career executives to fill political appointments in an acting capacity during critical vacancies.

Following the July nominating conventions, each candidate’s transition teams were provided the use of facilities and related services to prepare for the coming change in government. These teams focused on the development of their candidate’s policy agenda and personnel, readying for a role of governing.

During the 73-day period between Election Day and Inauguration Day, the President-Elect Trump will deploy Agency Review Teams to each federal agency to ensure a smooth transition between administrations. Simultaneously, the incoming administration will identify, vet, and select candidates for approximately 4,100 presidential appointments. Numerous announcements for key positions will occur during the transition period, while nominations of individuals for Senate-confirmed appointments, confirmation of nominees, and appointments to positions not requiring Senate confirmation will begin after January 20, 2017.

More than 4,000 political appointees, many of whom hold important leadership and policymaking positions, will be heading out the door next year with the change in administrations. Finding qualified people to fill these jobs is an enormous undertaking, but it is critically important to making the federal government work effectively for the American public. Via The President Elect and The Vice President Elect Pence announce via GreatAgain.gov

There are four basic types of appointments:

Schedule C Appointments (SC): There are 1,403 Schedule C appointees who serve in a confidential or policy role. They range from schedulers and confidential assistants to policy experts.

The smooth transition of power is an enormous task given its size and complexity, with the added challenge of numerous domestic and global issues demanding attention. The Presidential Transition process can be viewed as a great protector of the democratic process.

On January 20, 2017, the Trump Administration will be ready to hit the ground running due to the planning and hard work that has been underway since the Conventions.

Below is the 100-day plan Trump’s campaign released in October, called “Donald Trump’s Contract With The American Voter.”

What follows is my 100-day action plan to Make America Great Again. It is a contract between myself and the American voter — and begins with restoring honesty, accountability and change to Washington.

Therefore, on the first day of my term of office, my administration will immediately pursue the following six measures to clean up the corruption and special interest collusion in Washington, DC:

* FIRST, propose a Constitutional Amendment to impose term limits on all members of Congress;

* THIRD, a requirement that for every new federal regulation, two existing regulations must be eliminated;

* FOURTH, a 5 year-ban on White House and Congressional officials becoming lobbyists after they leave government service;

* FIFTH, a lifetime ban on White House officials lobbying on behalf of a foreign government;

On the same day, I will begin taking the following 7 actions to protect American workers:

* FIRST, I will announce my intention to renegotiate NAFTA or withdraw from the deal under Article 2205

* SECOND, I will announce our withdrawal from the Trans-Pacific Partnership

* THIRD, I will direct my Secretary of the Treasury to label China a currency manipulator

* FOURTH, I will direct the Secretary of Commerce and U.S. Trade Representative to identify all foreign trading abuses that unfairly impact American workers and direct them to use every tool under American and international law to end those abuses immediately

* FIFTH, I will lift the restrictions on the production of $50 trillion dollars’ worth of job-producing American energy reserves, including shale, oil, natural gas and clean coal.

* SEVENTH, cancel billions in payments to U.N. climate change programs and use the money to fix America’s water and environmental infrastructure

Additionally, on the first day, I will take the following five actions to restore security and the constitutional rule of law:

* SECOND, begin the process of selecting a replacement for Justice Scalia from one of the 20 judges on my list, who will uphold and defend the Constitution of the United States

* FOURTH, begin removing the more than 2 million criminal illegal immigrants from the country and cancel visas to foreign countries that won’t take them back

* FIFTH, suspend immigration from terror-prone regions where vetting cannot safely occur. All vetting of people coming into our country will be considered extreme vetting.

Next, I will work with Congress to introduce the following broader legislative measures and fight for their passage within the first 100 days of my Administration:

As America Comes Together

The world will be watching the transition and the reaction of the American people. We are a nation that is an example of  greatness, hope and inspiration for the last 200 years.