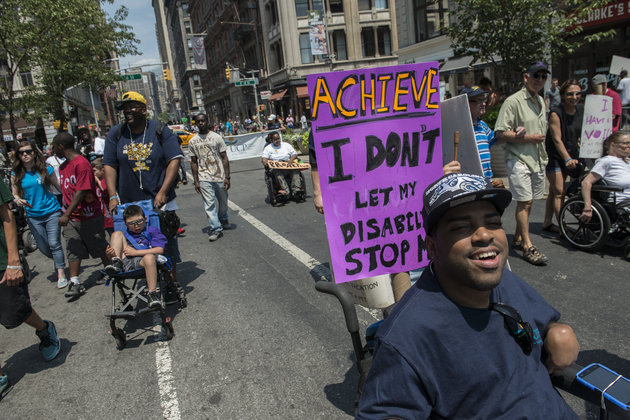 Advocates for senior citizens said they’re neither happy nor unhappy with a congressional budget deal that makes changes to Social Security and Medicare.

The last-minute agreement spares 11 million Social Security disability beneficiaries from a 20 percent benefits cut by at the end of 2016 by transferring revenue from the more flush retirement and survivors insurance trust fund. It prevents Medicare Part B premiums from rising 52 percent for many beneficiaries. And it averts a government shutdown and lifts the debt ceiling until March 2017.

For major advocacy groups, those benefits were enough for them to reluctantly accept the deal, even though they weren’t shy about criticizing it. The bill comes with a host of provisions that tweak disability insurance, and it eliminates a program that allowed 20 states to award disability benefits to some applicants without an independent medical evaluation.

“When hostage takers release their hostages, we are, of course, relieved that the hostages are no longer in harm’s way, but this is nothing to celebrate,” Nancy Altman, president of Social Security Works, said in a statement. “That the ransom isn’t steeper is also not something to celebrate.”

The Social Security provisions, which take up more than…

The Hidden Financial Incentives Behind Your Shorter Hospital Stay