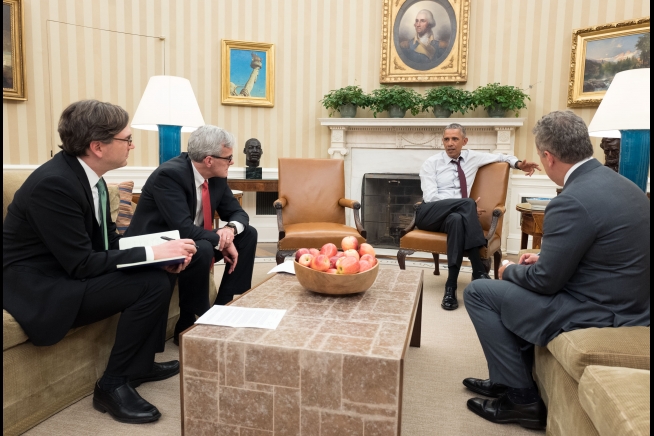 More Americans die of heart disease each year than anything else, but cancer has better lobbyists.
And now it’s getting an especially powerful one: Vice President Joe Biden. In Monday’s State of the Union address, President Obama tapped Biden to lead a “moonshot to cure cancer.” The shape of this particular moonshot is still indistinct, but the basic elements are coming into focus: more federal money, better data sharing between scientists and doctors, and giving a big pair of red-tape-cutting scissors to Biden, whose son Beau died of brain cancer last May.

It’s a noble goal, of course. But is the problem that there’s not enough research money (the federal anti-cancer budget is already $5.3 billion), or that it’s not going to the right place? Or perhaps, that cancer is just a really, really tough biological hombre? “It’s the most complex disease known to mankind,” says Jon Retzlaff, policy director for the American Cancer Research Association, a group that publishes several cancer journals and pushes out information about new treatments.

Mutant Yeast Are Cranking Out Pharma’s Next Superdrug