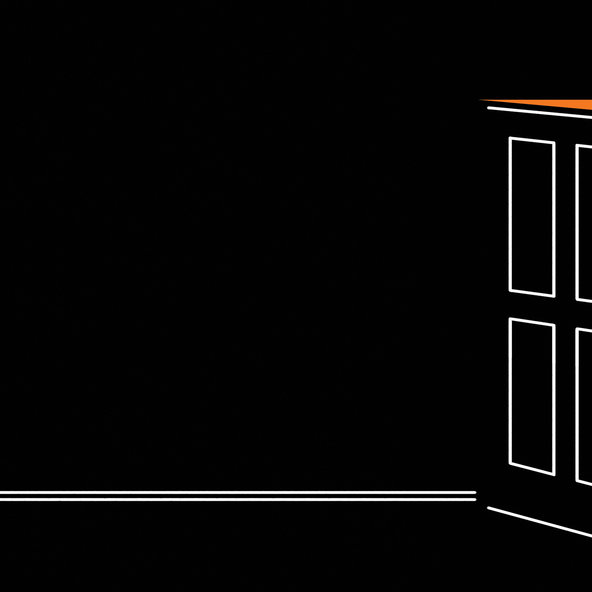 For early humans, being alone was no way to live. Those on the tribe’s periphery faced increased risks of starvation, predation and early death. And so humans (like other communal creatures) evolved what seem to be specific biological reactions to social threats. A social animal that feels itself to be isolated from its kind begins to behave nervously and experiences unhealthy physiological responses. The body produces more stress-­related biochemicals, leading to inflammation and a reduced ability to fight viral infections. These adaptations might help explain why many chronically lonely people have an overabundance of stress-­related cells and weakened immune systems. But how they see the world — how loneliness affects their thinking — may be just as consequential to their health.

This conclusion finds support in a study recently conducted by researchers at the Center for Cognitive and Social Neuroscience at the University of Chicago. They began with a group of healthy young volunteers who completed a loneliness questionnaire: 32 were categorized as socially well ­integrated and 38 as lonely, perceiving themselves as lacking intimate connections with another person. The subjects were all equipped with sensors that register electrical activity in the brain and then watched words in various colors flash across a computer screen. Some of the words reflected general positive and negative emotions, like ‘‘pleasure’’ and ‘‘misery.’’ Others referred overtly to positive and negative social interactions — ‘‘accepted’’ and ‘‘unwanted,’’ for example.

Among the lonely, the areas of their brains related to attention lit up much more quickly than those of the other subjects when they saw words related to social isolation like ‘‘excluded,’’ ‘‘foe’’ and ‘‘detached’’ than when they saw generally negative words like ‘‘frustrated’’ and ‘‘vomit.’’ Their brains were also far less engaged by words with a positive connotation compared with those of the socially connected volunteers. The findings were unchanged when the researchers adjusted for depression and other factors. (Lonely people aren’t necessarily depressed, and vice versa.)

The results show that the lonelier you are, the more your attention is drawn toward negative social information, says one of the researchers, John Cacioppo, whose colleague and wife, Stephanie, led the study, which appeared in the journal Cortex. Lonely people seemed inadvertently hypervigilant to social threats. Rather poignantly, such thinking itself most likely makes the loneliness worse, he says, by nudging the lonely to ‘‘unknowingly act in a more defensive, hostile way toward the others with whom they would like to connect.’’

There are lessons in this data for both the isolated and the communal, and they seem less facile now that they are backed by research. Be nice and gently welcoming to the curmudgeons you meet. Invite them to share coffee. Don’t push for reciprocal invitations, perhaps. And if you happen to be the curmudgeon, accept that invitation. It isn’t coming from a predator out to devour you.