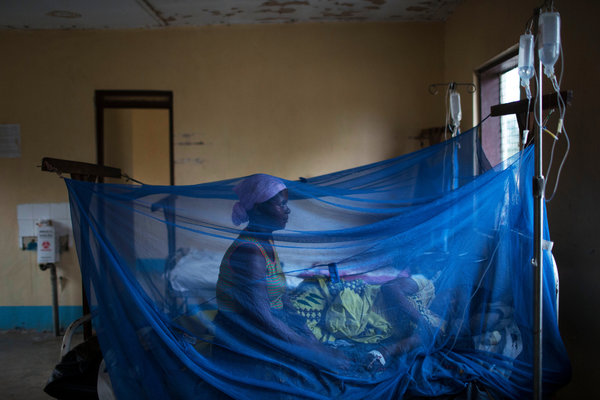 ­A woman in Tanzania under a mosquito tent with a relative who was being treated for malaria. With gene drives, it may be possible to kill off a mosquito population or make the population resistant to malaria parasites. By NICHOLAS WADE December 21, 2015

Biologists in the United States and Europe are developing a revolutionary genetic technique that promises to provide an unprecedented degree of control over insect-borne diseases and crop pests.

The technique involves a mechanism called a gene drive system, which propels a gene of choice throughout a population. No gene drives have yet been tested in the wild, but in laboratory organisms like the fruit fly, they have converted almost the entire population to carry the favored version of a gene.

Gene drives “could potentially prevent the spread of disease, support agriculture by reversing pesticide and herbicide resistance in insects and weeds, and control damaging invasive species,” a group of Harvard biologists wrote last year in the journal eLIFE.

A much discussed application of gene drives would help rid the world of pest-borne diseases like malaria, dengue fever and Lyme disease.