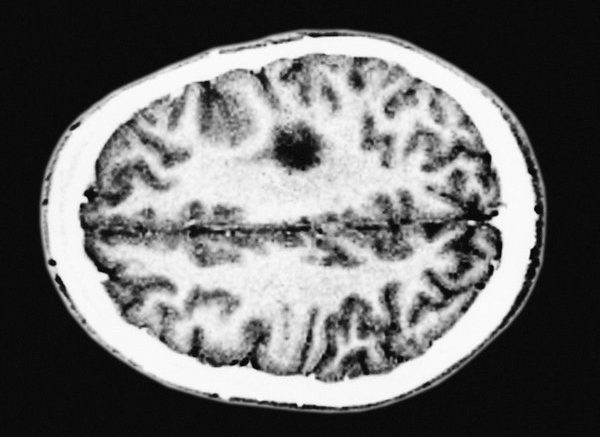 A glioma, the most common type of malignant brain tumor in adults, is seen in an MRI. Researchers found that a merging of genetic neighborhoods in brain cells caused them to become cancerous. By GINA KOLATA December 23, 2015

Scientists who scoured the DNA of brain tumors, searching gene by gene for bad actors, were puzzled. The cancers had none of the mutations in growth-causing genes that are typical of other tumors, yet they grew quickly, with no brakes. The question was why — what had altered their genetic instructions to lead to runaway cell division?

The surprising answer, researchers reported Wednesday in the journal Nature, is that the three-dimensional structure and organization of the DNA had been disrupted. As a result, two genetic neighborhoods that are normally separated, as if they are two gated communities, were merged. The effect was to allow a powerful snippet of DNA from one neighborhood into the one next door, where it woke up a near-dormant growth gene. And the cells took off.

This is an entirely new way for cells to become cancerous, researchers said, and most likely is not unique to the brain cancers, low- and…