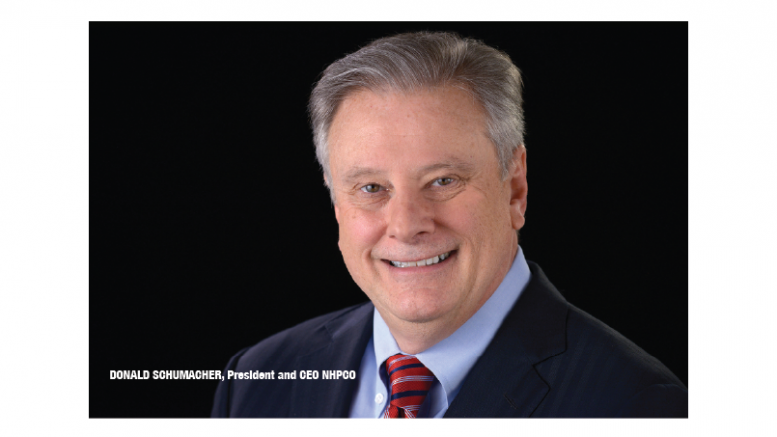 The retirement of President and Chief Executive Officer J. Donald Schumacher, PsyD, of the National Hospice and Palliative Care Organization was announced by the NHPCO and its affiliated organizations (National Hospice Foundation, Global Partners in Care, and Hospice Action Network). President and CEO of NHPCO since 2002, Schumacher will retire at the end of 2016, after four decades of service. 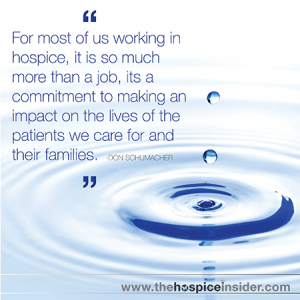 Schumacher was the president and founder of the Hospice of Mission Hill in Boston, which was established as one of the first HIV/AIDS hospices in the U.S. He then served as president and CEO of The Center for Hospice and Palliative Care in Buffalo since 1989 until he joined the NHPCO.

Active throughout his career as an officer of several industry organizations, Schumacher is recognized as a global authority on hospice and palliative care.

Schumacher claims, “I look back on these years and what stands out so vividly in my mind has been the opportunity to work with so many individuals who have dedicated their professional lives to caring for others. I have visited hospice and palliative care programs of all kinds in every corner of this country and have had the opportunity to engage with professionals, volunteers and supporters who have taught me important lessons every single day. I have met with an untold number of legislators and administrators sharing the hospice and palliative care story. I have spent time at the bedside of the dying and their family members – and I have been privileged to learn from them all.”

Schumacher currently serves on the boards of the National Health Council and the World Hospice and Palliative Care Alliance.

An active public speaker, Schumacher has presented domestically and internationally on topics such as strategic planning for hospices, quality of care, palliative care policy development and clinical guidelines for HIV. He is a licensed clinical psychologist in New York and Massachusetts and holds a doctorate degree in psychology from the Massachusetts School of Professional Psychology, Boston. In 2005, he received the Distinguished Alumni Award from the State University of New York at Buffalo, where he earned his M.S. degree in counseling psychology.

Donald Schumacher will be honored at this year’s annual National Hospice Foundation Gala on April 22, 2016.

Well: Trying to Beat My 25-Year-Old Self