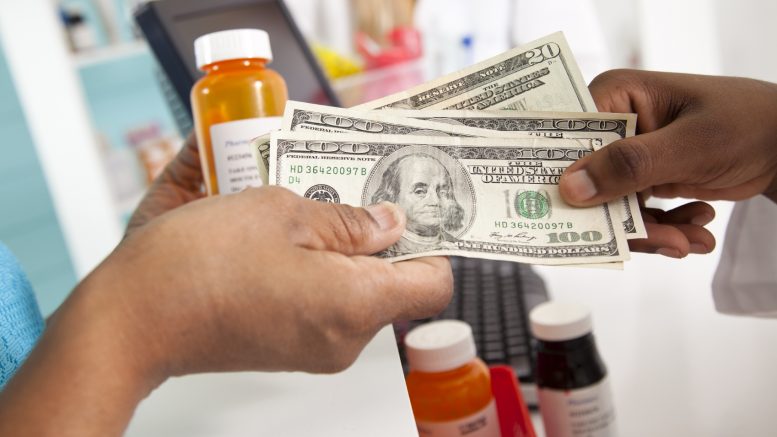 Hospices rely on a variety of business partners in pursuit of their mission. One vital partner is their pharmaceutical provider, which can be the hospice’s own pharmacy, a hospital pharmacy, local retailer or large distributor. The medications can be delivered or picked up. A Pharmacy Benefit Manager (PBM) for Hospices processes those pharmacy claims, pays the pharmacies and bills the hospice for the hospice-approved medications. The pharmacy contracts and other services are often managed by a PBM Patients and family members often do not realize that when admitted into hospice care, they get medications from the pharmacy the hospice is contracted with. As the regulations regarding pharmaceuticals gets more comprehensive and the role of a pharmacists become clearer, a PBM partner becomes a necessary decision for many hospices across the nation. 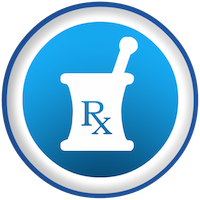 The American Society of Health-Systems Pharmacists (ASHP) published a comprehensive statement on their belief that “pharmacists have a pivotal role in the provision of hospice and palliative care and that pharmacists should be integral members of all hospice interdisciplinary teams”. Read their full statement here.

Some hospices work directly with a pharmacy that provides the comprehensive services normally offered by a PBM such as Medication Reviews, Medication Management and Utilization Reports along with clinical consultation for symptom and pain management. Often those services are needed, along with the delivery of the medications, on a 24-hour basis by the hospice care provider. The decision between a local pharmacy provider or a PBM provider is often a lengthy and costly decision for the hospice provider.

Recent acquisitions in the billions of dollars, indicates there is big business in the utilization of medication to hospice and palliative care patients.

Hospiscript has been providing comprehensive hospice pharmacy benefit management since 1995, was heavily invested by New Capital Partners around 2005. In July of 2014 New Capital Partners announced the closing of its third private equity fund, New Capital Partners Private Equity Fund III L.P, totaling $232 million. Hospice is clearly a “niche industry with organic growth opportunity” as their firm represents is their strategy in finding companies and are “look forward to working hard to build great companies and their confidence in investment strategy” said James Outland, NCP Co-Founder and Managing Partner. Since 2001 the firm has made more than 25 investments, representing $150 million of invested capital. Their success with Hospiscript showed growing annual revenues from $20 million to $90 million in the three years prior to the sale of HospiScript to HealthExtras, Inc in April, 2008. In 2012, Systems Xcellence (SCX) agreed to buy rival Catalyst Health Solutions Inc in a roughly $4.14 billion cash-and stock deal as stated by their Wikipedia page. SXC, shortly thereafter, renamed the company, Catamaran Corp.

UnitedHealth Care purchased Catamaran RX Services in March of 2015 for 12.8 billion dollars in cash, which included their hospice division, Hospiscript and covered by The Wall Street Journal. This is was after Catalyst Health Solutions acquisition of Walgreens’ PBM subsidiary, Walgreens Health Initiatives, Inc. for $525 million in March of 2011. At that time Catalyst Health Solutions, Inc. subsidiaries included, among others, Catalyst Rx, a full service pharmacy benefit manager (PBM) servicing more than 7 million lives in the United States and Puerto Rico along with HospiScript Services, LLC one of the largest provider of PBM services to the hospice industry. That transaction brought together the two leading national PBMs.

In March of 2015 Outcome Resources, another PBM in the hospice industry, announced Jack Sayler has joined the California based organization as President. In the Press Release issued by Outcome Resources states “Sayler held the role of vice president of Business Development at Hospiscript” and “was an operating partner with New Capital Partners” from 2009-2013. New Capital Partners became an equity partner of Outcome Resources in November of 2011. Outcome Resources started out in 2000 as a regional player owned and operated by Martin McDonough, a clinical pharmacist and business partner Gary Stokes who was later replaced by another regional pharmacy owner, Jim Bunse. Outcome Resources became a national service provider of PBM services before joining the CareServices family of corporations. Lori Daugherty CEO of Care Services, LLC stated in the press release announcing Saylers position and addressing the previous CEO’s role “Fifteen years ago he had a vision to provide hospice agencies superior clinical expertise and outstanding customer service, and I am especially grateful for Martin’s dedication to this valuable service.” As of September 2015 Martin McDonough is no longer with Outcome Resources.

Another acquisition in the industry by Enclara Health resulted in the creation of Enclara Pharmacia. Exellerx,also known as, Hospice Pharmacia, was one of the oldest PBM’s in the hospice industry. In partnership with Consonance Capital Partners (“Consonnance”), a leading healthcare private equity firm announced they had acquired the PBM holding company. The combined companies service approximately 475 hospice providers and 84,000 hospice patients per day nationwide per their press release announcing the sale. Tom Stieritz, General Manager and Senior Vice President of excelleRx, Inc, said, “This transaction will create substantial value for the hospice community. Hospice Pharmacia is focused on providing exceptional customer service, and we believe Enclara is the right partner for our business as we move forward. The increased operational scale and efficiency of the combined company will create an even stronger platform to support the evolving needs of the hospice provider and patient community. Given the complementary nature of our businesses and product portfolios, we expect this to be a seamless transition for customers and patients.”

On June 15, 2015 a press release announced the appointment of Greer Myers as president of Turn key Health and Senior Vice President of Enclara Pharmacia. “With his extensive leadership experience in the healthcare and payor verticals, Greer is uniquely equipped to drive the development of our Turn-Key Health division, as well as contribute to Enclara Pharmacia’s corporate strategy and growth,” said Andy Horowitz, CEO of Enclara Pharmacia. Myers joins Turn-Key Health / Enclara Pharmacia from Care Trajectory, LLC, where he was the founder and CEO of the early stage end-of-life population health management company. Immediately prior to that, he served as the Vice President of Corporate Development for American Hospice, LLC, who had been a longtime customer of Hospiscript. Betsy Rothley, Executive Vice President is no longer listed on EnclaraPharmacia’s website.

OnePoint Patient Care took the industry by storm with the brick and mortal model, offering a local pharmacy along with a PBM network of pharmacies to use (local & mail order pharmacies). They are able to dispense medications, deliver medications and provide clinical support to their hospice partners. OnePoint has been in business since the 1969 and serving hospice since the 1980s when the Medicare benefit began. Jeffrey Hohl, OnePoint’s Chief Executive Officer stated, “we have dedicated our entire business to meeting the unique needs of hospices, providing their patients the level of service and care that can only be met by a local, community-based hospice pharmacy specialist” he continues, “Our lasting local relationships with community healthcare professionals give prescribing and referring physicians peace of mind when referring patients to hospices OnePoint Patient Care serves.” OnePoint Patient Care services approximately 165 hospices in 26 states and is independently owned, by Jeffrey Hohl and majority owned by Jim Otterbeck since 2005.

There are few PBM’s that are privately held, with the majority of those having large equity partners. ProCare Rx and new kid on the block DeltaCare Rx are two independently owned PBM’s specializing in hospice. DeltaCare Rx is family business and the matriarch, Mary Mihalyo, was one of the founders of Hospiscript before her and her partner, Phyllis Grauer, sold to New Capital Partners. In a press release announcement in October of 2012, Delta Care Rx announced the appointment of Dr. Mary Mihalyo as Chief Executive Officer, effective October 15th of that year. Before starting DeltaCare Rx Mary worked for ProCare Rx. Phyllis worked at Hospiscript with Jack Sayler who is now CEO of Outcome Resources. As of October 2015 Phyllis’ LinkedIn profile shows here current employer as HospiScript Services.

ProCare is another national pharmacy benefit manager and healthcare information technology company for hopsices. ProCare has been in business for over 25 years. It provides a wide range of healthcare systems and services to all size employers, managed care organizations, managed Medicaid plans, approved Exchange plans, workers compensation plans, hospices, and other payers.  Like other PBM’s they contract with over 64,000 pharmacies nationally.

In August 10, 2015 ProCare Pharmacy Benefit Manager, Inc. (ProCare Rx) announced that it has entered into an asset purchase agreement to acquire BioScrip, Inc.’s PBM business. The PBM transaction is expected to close in the third quarter, subject to customary closing conditions.   In July of 2015 they announced that ProCare Rx would open a western office and pharmacy in Las Vegas, NV. Owner and founder, Mr. Roger Burgess said, “We are excited to open our western office in Las Vegas to continue to provide innovative solutions and cost saving home delivery pharmacy alternatives to our west coast clients and their members.”

There are also pharmacies that specialize in hospice care that can provide delivery and clinical services. Some of those pharmacies are reaching beyond their region to service clients in other areas and sometimes in other states. With mail order becoming a popular form of delivering medications to hospice patients they can expand beyond driving distances. The hospice specialized pharmacy can often provide services that may otherwise be contracted out, such as, compounding medications or clinical services.

Considering the large amount of money being exchanged in the PBM industry, the service propositions for hospice and their patients should be strengthening and expanding. Big money means big service possibilities but will they deliver? That is the question in the industry as we continue to see more mergers and acquisitions. This is a vulnerable population and often you only get one chance to get it right. 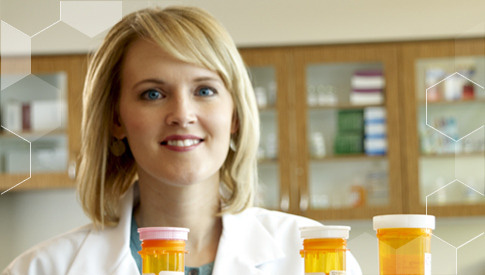 Help for the Helpers: Ideas for the Self-Care of Caregivers