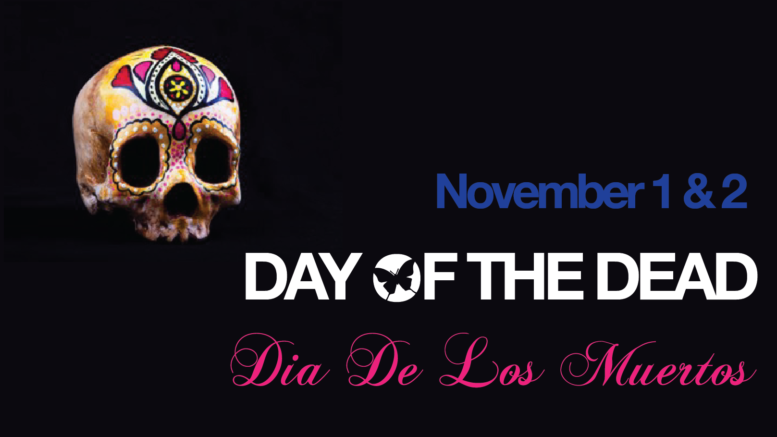 Day of the Dead graphic | The Hospice Insider

November 1st and 2nd: Day of the Dead

Also known as Dia de los Muertos, Day of the Dead is strongly associated with Mexico, although marked throughout Latin America.

Dia de los Muertos is celebrated on All Saints Day and All Souls Day, minor holidays in the Catholic calendar. It honors the dead with celebrations and festivals, a Latin American custom that combines indigenous Aztec ritual with Catholicism that was brought to the region by Spanish conquistadores.

The most recognized symbol of Day of the Dead are the calacas and calaveras: skeletons and skulls. These are used as parade masks, dolls and candied sweets. They are almost always portrayed as enjoying life, often in fancy clothes.

Dia de los Muertos celebrates the lives of the dead with food, drink, celebrations and activities the dead enjoyed in life because the deceased would be insulted by mourning and sadness.

In celebration of the deceased, family members often clean and decorate the graves of loved ones. The dead are also honored with ofrendas – small personal altars that include flowers, candles, food, drinks, photos and personal mementos. They believe that happy spirits will provide protection, good luck and wisdom to their families.

The New Old Age: Caregivers Sometimes Must Sacrifice Their Careers