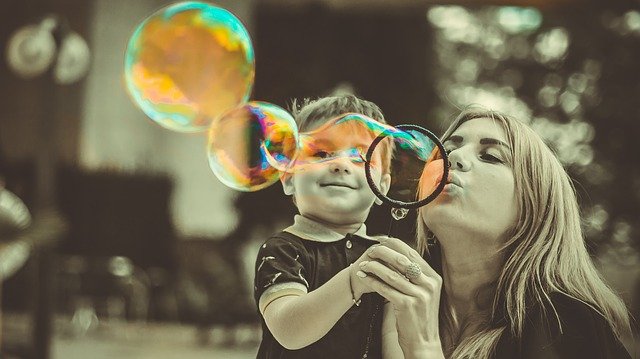 My parents grew up during the Great Depression. They were both university- educated accountants at a time when that was rare. My father was a first generation American, born of parents who emigrated to America from Czechoslovakia. His father was a very skilled tailor and he succeeded financially and used his money to buy into the roaring 1920’s stock market, much of it leveraged on margin. When the stock market crashed, he was wiped out, and he committed suicide. His family became impoverished and everyone in the family pitched in. His industrious mother turned the family home into a boarding house, but she was enormously embittered by the loss of her husband and the financial difficulties that followed. As a result of this childhood experience my father became extremely thrifty. He also was willing throughout his life to lend a helping hand to others that needed a helping hand. My mother came from a childhood as an only child of well-to-do parents who could trace their ancestry to the American Revolution. She went to Lawrence and then the University of Wisconsin at Madison where she met my dad. My father fought in World War Two and did accounting for the Army. My mom did join the WAC’s for about 5 minutes and thus earned a bronze headstone like my dad.

They moved to Sacramento California and my dad worked his whole life for the California State Board of Equalization. They lived a very comfortable life. When my father died, he left my mother with $500,000 for her care and well- being. She planned to leave the bulk of it to her two children. That was not to be.
My mother lived to be ninety-two years old. She died in 2012, twenty-one years after my dad. She often said she could not believe how long she was living without my father. She had not emotionally prepared for this eventuality.

Now, I’m not sure that a long life is always a gift when it is accompanied by a dreadful decline in health and a devastating ending. Diseases of the aged come on slowly and they are often masked by other ailments associated with growing old. Here are some of my observations about my mothers’ descent into a grave illness, her eventual need for Hospice Care and a slow death that stripped her of her faculties, her dignity and her wealth.
My mom had a series of small TIA strokes from the mid-nineties until the time of her death. At first, she thought her confusion was just explainable as a “senior moment”. These early warnings were missed, and they masked the slow onset of Parkinson’s disease, an especially nasty and debilitating condition.
She experienced problems with cognitive decline in ways that were hard to recognize at first. One way her thrifty upbringing and lapses in sound judgement manifested was that she would get up in the middle of the night to use the bathroom. She would not turn on a light, to save money, and she would fall. This happened many times, unbeknownst to me, and eventually she broke her wrist trying to brace for a fall. This was the effective end of independent living for her.

After that, she lived with me for most of the next four years. During this stretch she also spent time in the hospital and in convalescent care facilities. Her final three years were spent in a modern, beautiful private adult care home.

While she resided with me, she had wrist surgery to repair her injury, but would remove her cast while in a delusional state. She fell multiple more times and struggled with learning the new restrictions on her mobility. She wore a medic alert signal around her neck, and she would push the button several times, day and night. My husband and I would still hear that sound even after she no longer lived with us.
She was finally diagnosed by her neurologist with Parkinson’s disease. I took all the classes the hospital provided on this disease, but a significant part of the progression was not mentioned: powerful hallucinations and acute paranoia.

While she was at our home, we had a caregiver come three times a week, mostly to help her with personal care and to sit with her. She had several more falls, mostly from failing to use her walker and wandering in the dark at night. One night she fell into a china cabinet as she stumbled about without turning on lights (we gave her an easy to use call button for this, but she never mastered its use) or using her walker. My husband and I suddenly knew we were just subconsciously waiting for an even more serious event to occur before we could make a hard choice. We were finally forced to make that choice, and, at that point, I found her a beautiful private adult family home. She hated every minute of it. Her caregivers were two compassionate nurses and she had beautiful French doors and big windows in her room to look out of, but she was still angry about her change in circumstances.

She now had a wheelchair to navigate her way around the care facility. One night her caregivers called us over to the house because she was throwing things around the house. We were five minutes away and I was able to calm her down, but it was shocking how enraged she was. Another time she asked my husband to have a glass of water analyzed because she knew she was being poisoned. My husband drank the water in front of her and she again calmed down.

I was with her every day and brought a television, movies, crayons, paper, coloring books, puzzles and whatever else she might possibly enjoy but she was incapable of enjoying any of it. Once a week I would bring over a movie, popcorn and sodas, but she resented any of the staff or residents enjoying this time. Twice a week we would go to an Indian Casino nearby, and I would tape over all the bets but the ten cent one so she would not lose all her money in five minutes. She no longer could talk but did seem to enjoy the flashing lights, the people watching and playing out the ten dollars she had to gamble with. Over time, even with Dial-a-Lift, she lost the ability to do that.

Eventually, she started choking on her food, so she lost the ability to enjoy eating. The pureed goop was tasteless and unappetizing to her. She put on weight from inactivity and medications and her caregivers had to use a lift to get her out of the bed for showering. She was forced to wear diapers. One day, before she lost her ability to talk, she asked me to get a gun and shoot her. Everything she loved was lost to her at that point, except my daily visits, which were the only connection she still had to her old life. It was a devastating time for both of us. Deep tissue infections from pressure sores were the final indignity and she died as a result of the bacterial infections. As a warning to all family caregivers, it is important to do self-care. A week before she died, I ran my car off the road when I lost consciousness due to a syncope from extreme emotional stress. What a wakeup call for me as I could have died before her!

We had hoped she could die at our home surrounded by her loved ones and peacefully in her sleep. But that was not to be. The exorbitant cost of round the clock caregivers was more than she could afford. Her trips to convalescent care on multiple occasions were extremely expensive. Because the hospital would not keep her for four days, she was ineligible for any help from Medicare. The adult family home and additional costs wiped out the rest of her money. If my father had not died relatively quickly in the hospital, there would not have been enough money to provide care for both him and my mother.

My mother was on Hospice four different times before she passed. At the convalescent care facility when she went on hospice care the staff of the facility, confused by their duties of care, simply turned off the lights in her room, closed the door and waited for her to die. When we saw this, we immediately took her home and looked for an adult family home facility.

The family home facility was a beautiful house with six other patients. They had additional help at night when the owners were not there. When she went to this facility for the final three years of her life, my mother was on and off hospice care several times and then again as she reached the final, end stage of her life. Hospice provided her with nursing support, ministerial support and even a Harp player. They worked in partnership with the staff at the adult care facility to help ease her passing. Unfortunately, some deaths are just unfair to the person who spent a lifetime considering the well-being of others. Hers was especially grim and left us with difficult memories hard to get past, even now, seven years on, as we still search for signs of that jolly, beautiful spirit she once had been.