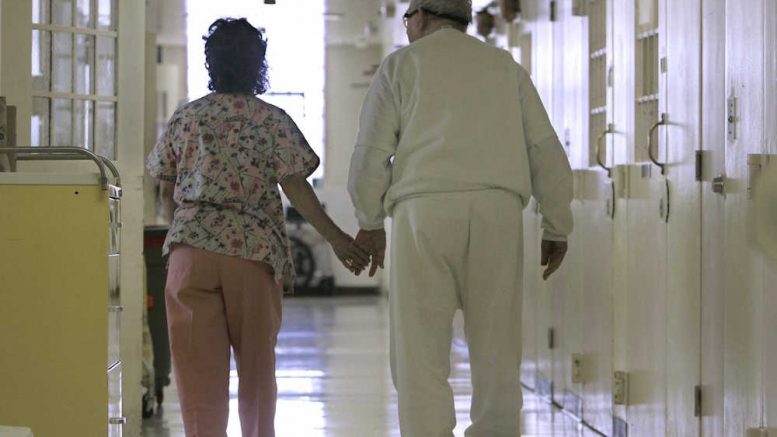 That the US prison system is filled beyond capacity is a well-known fact. What may not be so well known is that an increasingly large number of prisoners are chronically ill, elderly, or aging.

According to Jamie Fellner, writing in Human Rights Watch, the number of incarcerated men and women older than 65 years has more than doubled since 2007, from 15,500 to 31,854 in 2013.1Although there was actually a reduction in the general federal and state penitentiary population, the number of incarcerated elderly keeps rising disproportionately.

Fellner writes, “US prisons increasingly resemble high-security nursing homes, as the number of aging inmates continues to soar … Many of these prisoners will be into their 70s, 80s, or even older before they have finished their sentences; some are serving life without parole.”

The Louisiana State Penitentiary Prison Hospice Program is a long-running model of care that offers an effective solution. The facility, located in Angola, Louisiana, houses more than 5,000 male prisoners in various degrees of incarceration from minimum to super-maximum custody. The Louisiana correctional system has some of the country’s strictest sentencing laws; many of its prisoners are serving life sentences and therefore growing old in prison.

Founded in 1998, the hospice program has cared for more than 227 patients. Two nurses (director and coordinator), physicians, a social worker, and several chaplains of different faiths staff the program. A vital part of the program is a peer-care model which trains inmate volunteers to deliver hands-on care to hospice patients.

The success of this system relies on five key elements: patient-centered care, an inmate volunteer model, safety and security, shared values, and teamwork.

My husband died of brain cancer in his 30s. Thanks to Obamacare, it didn’t bankrupt us.